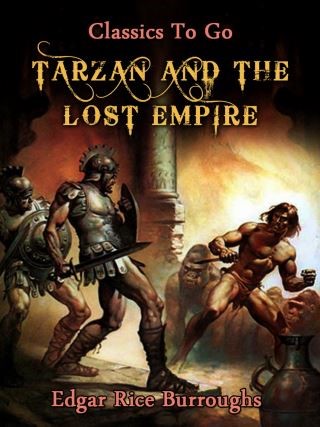 Tarzan and the Lost Empire

Erich von Harben, a young German specialised in archaeology and dead languages, with a passion for mountain climbing starts investigating the legend of The Lost Tribe of the Wiramwazi Mountains and disappears. His father meets and asks Tarzan for help. Tarzan in his search for Erich von Harben finds a lost remnant of the Roman Empire hidden in the mountains of Africa. They are inhabitants of two rival cities Castra Sanguinarius, ruled by Sublatus Imperator, and Castrum Mare, ruled by Validus Augustus.(Wikipedia)

Edgar Rice Borroughs: Edgar Rice Burroughs (September 1, 1875 – March 19, 1950) was an American writer best known for his creations of the jungle hero Tarzan and the heroic Mars adventurer John Carter, although he produced works in many genres.(Wikipedia)